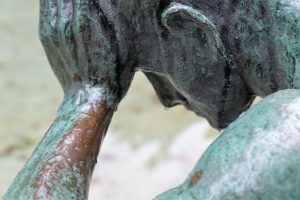 Full membership is restricted to established researchers in the field of psychopathology. Associate membership is available for graduate students, postdoctoral fellows, and individuals with a bachelor’s degree who are conducting research in psychopathology. The meetings provide both formal and informal opportunities to share ideas, information, and suggestions, all of which improve the quality of the research conducted by members. The organization remains small by professional organization standards, allowing members to share the experience of attending and discussing the plenary sessions.