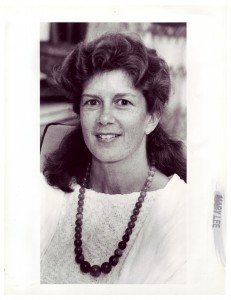 The Hebrew name Smadar refers to the beautiful fragrance of new blossoms on the grape vine. As one can see in the picture posted on the website, Smadar Levin radiated that same vibrancy and vitality. The biography below provides a brief overview of her scientific accomplishments and her great promise. The seasons of her life were cut short by the cruelties of fate when she died of breast cancer on January 19,1989 at the age of 42.

Smadar Levin was born on October 4, 1946 in Tel Aviv, Israel. She received her early education in Israel and Mexico. Her father was an officer in the Israeli Army and consulted for the government in a variety of capacities in Israel and abroad. After completing two years of obligatory service in the Israeli Army, Smadar entered Tel Aviv University, receiving a B.A. in 1970 and an M.A. (sociology) in 1973. She decided to pursue further graduate study in the US, and earned a Ph.D. in Social Psychology from Harvard University in 1978. Shortly after completing her doctorate, Smadar married Michael Roberts on July 8, 1978.

Smadar’s early graduate work was characterized by an immersion in a wide range of topics. Her work with Shelley Taylor, then a young assistant professor on the Harvard faculty, focused on how attitudes affect one’s adjustment to life-threatening illness. Smadar’s interest in this topic was based on her own diagnosis of breast cancer in 1975 at the age of 28 during her third year of graduate school. With Bob Rosenthal and Judy Hall, she studied accuracy in interpreting non-verbal behavior. Roger Brown introduced her to the mysteries of language and thought deviation in schizophrenia. That experience was decisive in Smadar’s decision to study experimental psychopathology, which she pursued under the guidance of Brendan Maher. For her dissertation, Smadar designed a study of compartmentalized attention in schizophrenia. The study was ingenious in part because it capitalized on what schizophrenic patients do especially well, rather than seeking validation of yet another deficit (an example of “Zubin’s Law” – in order to find something that will really tell us something about schizophrenia, find something that schizophrenics do better than a normal).

After completing her Ph.D. studies, Smadar undertook a three-year fellowship in the Psychology Research Laboratory at McLean Hospital. Working with Philip Holzman, she developed a remarkably productive and innovative career path. Together with Larry Stark, a distinguished oculomotor neurologist at Berkeley, she showed that the eye movement dysfunctions of schizophrenic patients were characterized by reduced gain and increased saccades. She provided the first systematic evidence that schizophrenics, while following a slowly moving target with their eyes, fail to inhibit fast eye movements, which inappropriately intrude into the tracking task. Since fast and slow eye movements are regulated in different parts of the brain, this discovery opened the way to understanding a key aspect of the pathophysiology of schizophrenia. In another experiment, she found that although slow eye movements were disordered in schizophrenia, fast eye movements, or reflexive saccades, are normal in speed, accuracy, and latency. This finding was particularly important for the following reason. If schizophrenics perform one kind of eye movement well and another poorly, and if both require the same amount of effort and attention, then inadequate effort or inattention cannot be the cause of selective poor performance. Rather, the deficit must lie in the neural pathways that distinguish these two kinds of eye movements.

In 1984, Smadar published a two-part article describing the neurochemical and neuropathological events that pointed to a failure of the front lobes to inhibit neural transmission in schizophrenia. Frontal disinhibition, she reasoned, could account not only for saccadic intrusions in pursuit eye tracking, but also could be seen in other areas of dysfunction associated with schizophrenics, such as perception, visual attention, and intention. This paper proved to be a landmark in paving the way for a much more wide-spread appreciation of the critical involvement of the prefrontal cortex in the pathophysiology of schizophrenia.

These scientific contributions becomes are all the more impressive when one considers that Smadar was battling recurrences of her cancer in 1980, 1983 and 1985. Smadar’s courage in the face of the cruel chronic cancer that finally claimed her life has been an inspiration to everyone she touched. To quote from Philip Holzman’s eulogy at her memorial service, “Smadar had an unlimited curiosity and zest for discovery. Every nugget of new knowledge excited her and pressed her restless intellect to probe deeply. Her breadth and clarity gave to her work the earmark of brilliance.” It is these same qualities that the Smadar Levin Award recognizes in unusually gifted graduate students.

Smadar Levin died on January 19, 1989 at the age of 42. She is survived by her husband, her mother, Lia, her sister Shelley, and her brother Leor.